COVID and All That 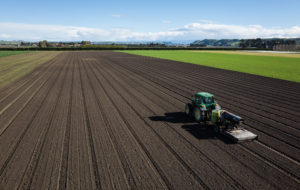 The Auckland Lockdown reverts from Level 3 to something the Prime Minister refers to as Level 2.5. The rest of the country remains at Level 2. Back to normal again. Or is it?

Of course, some things will feel perfectly normal. The roads will be busy again. The cafe underneath our office will have people sitting on chairs again, eating with fork and knife. The bottle store next door will let people onto their premises again to select their poison instead of serving behind a make-shift counter built into the front door.

Our team will assemble again in the office, bringing back all the IT equipment they had hurriedly loaded into the back of their cars on the day the Lockdown was announced. And the courier drivers can deliver and leave the bits and pieces we order on-line during the course of a week at the bottom of the stairs again, as they still will be too lazy to walk up the stairs to collect an electronic signature, which is what they meant to be doing.

Business as usual then, at least in our little corner of the supply chain.

It is pretty obvious though that not every business in Auckland will get back to normal so fast. Auckland is not just a light industrial area in Albany. Auckland is also greengrocers and butcher in multiple numbers in every suburb. Auckland is the wholesale market companies in South Auckland. Auckland is the open air weekend markets in Avondale, Mangere, Otara and elsewhere.  Auckland is all and sundry involved in making sure our system of feeding our people works.

And what has become clear is that our system of feeding our people is, to say the least, very vulnerable.

Just growing produce won’t do.  It needs to get off the farms.  Just having stores doesn’t cut the mustard, unless there are some fruits and vegetables available to be sold in those stores.

Just telling people who have not set foot into a supermarket for years to change their shopping habits of a life time is unrealistic.

Just expecting supermarkets which already are finely balanced miniature ecosystems in ‘normal’ times to  gear up to meet the demand displays a breath-taking lack of appreciation for Economics 101.

As does the call for growers to donate their produce, which thankfully is heard less often at present.

Yet we can all agree that we live in unprecedented times and that these “Times they are a-Changing”, to quote Bob Dylan!

What cannot change though are commitments to quality, food safety and consistency because that is what consumers continue to expect from their fruits and vegetables.

And as we all know, consumers are people – and “People Make the World Go Around”, to quote The Stylistics!